Building a landing page in Vue.js

I’m writing a book on EOS development that contains everything one needs to know about full-stack EOS blockchain development. And, as you know, every ebook or video course needs a nice landing page. This gave me the opportunity to play with some new technologies that I always wanted to try. 😄

Instead of using my bread and butter UI library, React, I used Vue.js and BulmaCSS for styling the landing page. The result can be seen on learneos. 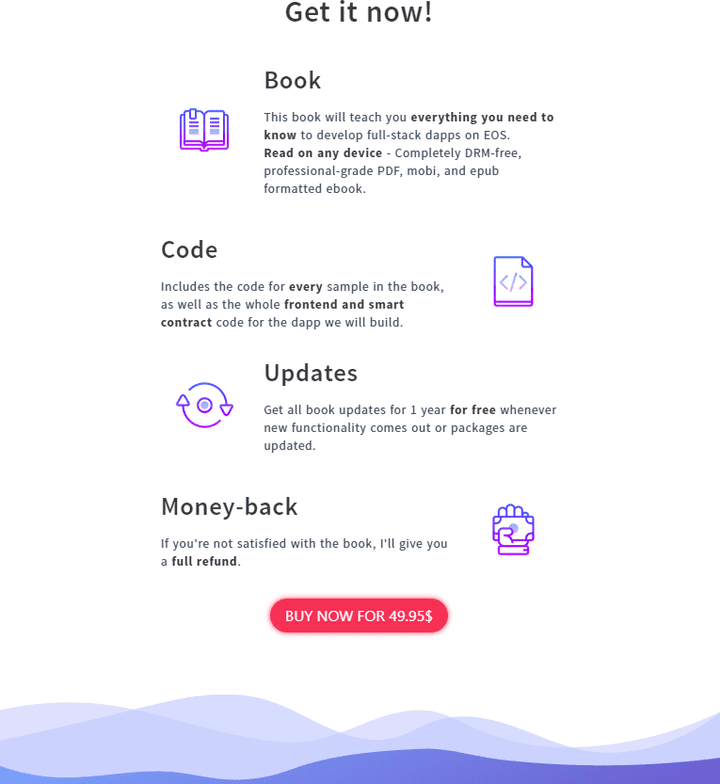 I used nuxt, which is a starter template for isomorphic Vue.js apps that comes with integrated routing, server-side rendering, state store (Vuex) and many other useful features. It’s like zeit’s next or create-react-app for React. And I love it. For me, it was a lot more stable than next and includes more useful features and is easier to customize than create-react-app.

I ‘ll definitely use nuxt again.

I used Bulma for styling. It’s the first time I use an existing modern CSS framework. Usually, I end up writing all CSS from scratch because the layout never ends up how I want it to be with these frameworks. I’m a bit torn about Bulma. On one side, it was definitely faster than implementing the CSS for the Hero, Modal, and column system myself. On the other side, I first had to learn its CSS classes which can sometimes be a bit … wordy. (I’m looking at you has-text-weight-light.) The biggest pain point was the documentation. It’s not searchable, so you end up clicking around the sections and hope to find the CSS modifiers you want. Is it in Syntax or Helpers?

What the fuck is a Syntax category anyway?

Some classes are also not documented at all, I could only find these CSS classes through related GitHub issues.

On a good note, I didn’t encounter any CSS quirks and the CSS worked as expected.

There are some UI components on the landing page that I had to write myself.

The most interesting one was the email modal with the signup form: It can be triggered from four different places, but it is always the same modal. I didn’t want to include the modal four times in the different sections and add a local show/hide state in each of these Vue.js sections. Instead, I wrote a global Vue plugin that injects a showModal function into every Vue component. 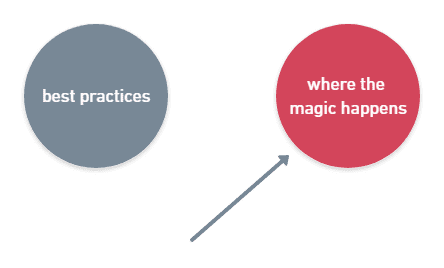 Another component is the CTA-button. I made it glow with a CSS transition:

If this doesn’t make you click that button, I don’t know what does.

I’m quite proud of the design. I’m not ashamed to admit that I stole many ideas from other landing pages. In the end, most sales/landing pages have the same structure and every creative process comes down to remixing existing ideas.

One of these things is the 3D book cover from psdcovers that everyone seems to be using. 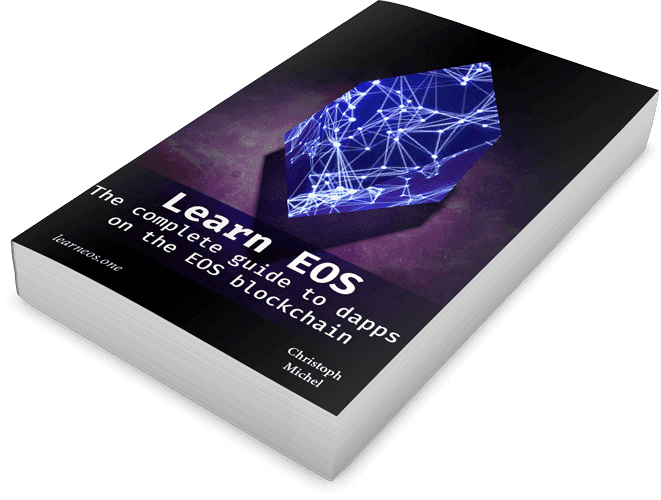 The design of the logo happened totally by accident. I have a 3D render of the EOS logo from one of my other projects. I played around with it in Blender, pulling several sliders and suddenly I had this cover that I liked. It’s one of these occasions where it pays off to have taken some course in computer graphics. You have a rough understanding of the different Material types (Diffuse, Glossy, Glass) and light settings (ambient occlusion). Then you play around and with the super important immediate feedback you get to a result that you like.

Having hard edges from section to section doesn’t look appealing. For the footer of the page, I designed an SVG consisting of two closed, filled curves overlaying each other. This gives the footer section a nice effect.

As always, I deploy to netlify on every git push. I also let them manage my DNS - you get HTTPS for free without needing to renew it yourself. You just have to specify the build command and the output directory, which is generate and dist for nuxt.

Using Vue.js with nuxt is great to build a static landing page. I had no prior experience with Vue and I could pick it up relatively fast. I love single-file components. 😍 I didn’t use any Vue component library, HTML with Bulma’s CSS and a couple custom components was enough. Here’s the resulting landing page. If you want to learn about blockchain development and smart contracts, feel free to sign up.