Moving from WordPress to a Static Site Generator

Right now this blog is using WordPress, but I’m currently rebuilding this website using a modern static website generator. The change should be up in the following weeks. There are many static site generators, the ones I personally find the most interesting are those using webpack and the React ecosystem:

Reasons to use a static site generator

Here are some of my reasons to use a static site generator in favor of WordPress: 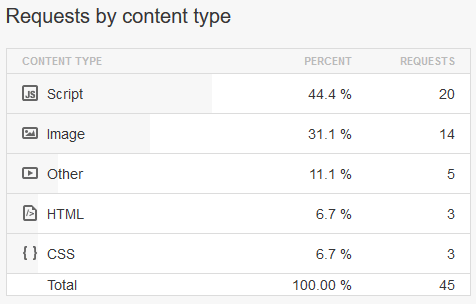 Posts on my blog load 20 JS scripts. With a static site generator I should be able to bundle all the individual JS code into a single bundle.js, reducing this to one request. The same works for the .css part, or it could even be inlined into the head when creating the static websites.

The way I’m currently authoring in WordPress is that I type my posts into its editor and click on Preview, which opens a new tab, loads for some seconds and then shows the rendered website. This might not seem like much, but it gets annoying if you have to do it for every little change you do in your post.

I ‘m also experimenting if I can use custom React components in my posts by importing them into my markdown write-up, which then evaluates the React component (calls its render function) and hard-codes the result into the static page. This is useful if you build a Visualization component in React and want to reuse it in many posts to visualize different data. I got some prototype of this working already, I’ll post about it next.

The huge benefit of WordPress is that you can set up a good-looking website a lot faster by using one of the many WordPress themes, instead of building the website yourself. There is also the possibility to build themes with Gatsby (Starters) or phenomic, but there are not many of them. The static site generator equivalent to WordPress plugins would probably be looking for a React component that does the job.

P.S. I tried Gatsby and phenomic and stuck with phenomic in the end, because it loads the posts on demand whereas Gatsby bundles all posts and ships them within bundle.js even when the average user only reads 1-2 posts. Also, I found phenomic’s “layout system” to be better. Still, I’m looking forward to Gatsby’s 1.0 release to see how the GraphQL idea turns out.