Blog redesign with Gatsby and TailwindCSS

This blog exists for over 3 years now and I felt it was time to do another redesign. Since its inception the blog went through four redesigns already: 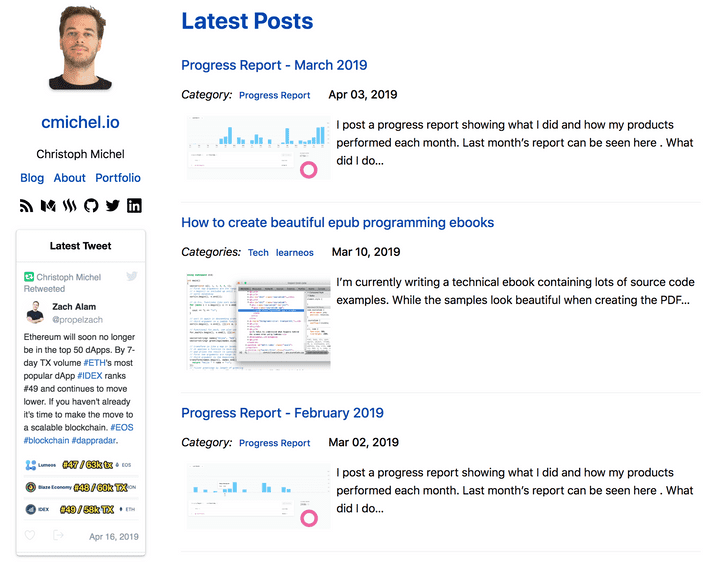 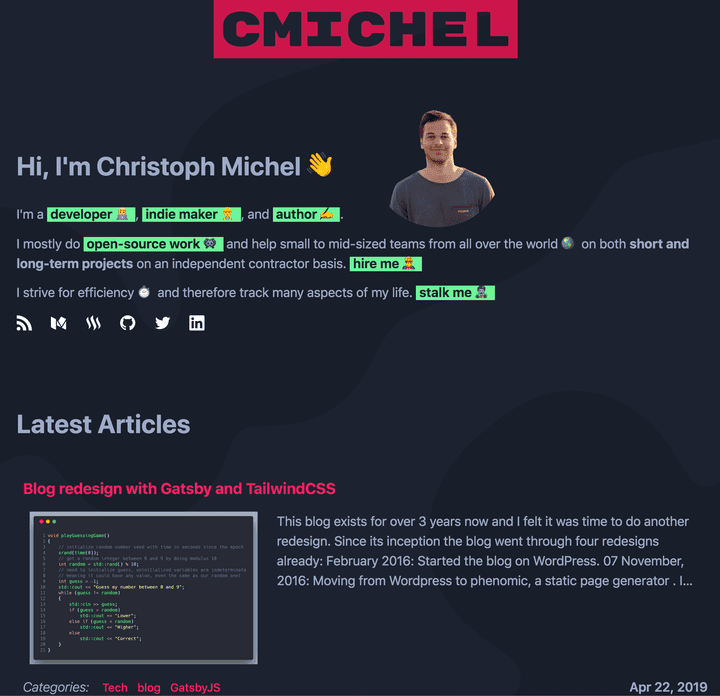 Running a pingdom.tools web performance test on the old and new websites yields these results: 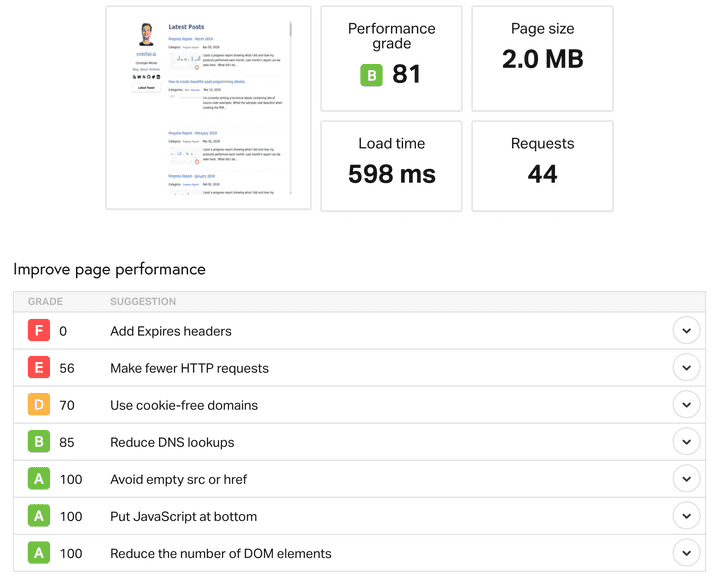 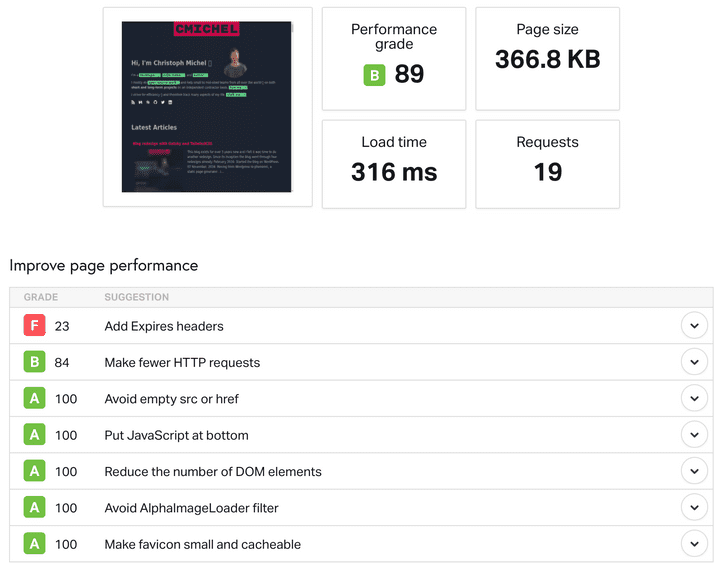 The new website is drastically smaller (from 2MB down to 366KB). This is mostly due to converting the featured images to thumbnails (and webp) instead of showing the full-sized ones. The amount of request roundtrips is also reduced. I’m shipping 245KB of JavaScript (vs 161KB) and only 26KB of HTML + inlined CSS (vs 21.6KB + 12.5KB). Using Tailwind as a CSS framework with purgecss I ended up with 11KB of CSS which is even less than my previous solution with no CSS framework and glamor.

All in all, I’m really happy with its performance & SEO, the design, and the development & authoring experience. This should keep from doing another redesign 💅 for at least another year before I get bored again. 😅

If you’d like to see how a specific feature works in more detail, my blog is open-source.

Using WebGL seems to lead to an extremely bad Google Pagespeed Insights Score because they seem to think a site is “ready” only when the CPU is idle … Their new web.dev tool still can’t even handle WebGL and just crashes with Error: Backend Error on websites using WebGL. 🤷‍♂️ If I remove the metaballs WebGL package my score goes from 39 to 100. 🤣 I refuse to bow to these broken arbitrary metrics and observe if there are any actual performance problems on mobile devices instead.